Who is Jesus?
Jesus is the center of everything we do at Live After God's Heart.  Before He came to earth to save us, mankind was hopelessly lost in sin, separated from God, and doomed to spend eternity in a very real place of punishment called Hell. We were without hope! ​
Jesus is:
The Son of God
God's messenger of salvation
The Sacrifice for our sins
​The Way to Forgiveness and Eternal Life
The Son Of God
Jesus was born roughly 2,000 years ago in the small town of Bethlehem in the Middle East. His birth was the miraculous fulfillment of prophecy, in that God placed him into the womb of a young virgin woman, who gave birth to God’s own son. He was God, who became human to communicate salvation to mankind.
"For God so loved the world, that he gave his only Son, that whoever believes in him should not perish but have eternal life."
​- John 3:16
God’s Messenger of Salvation
At the age of 30, Jesus began his public ministry. Over the next three years, Jesus performed signs and miracles, fulfilling hundreds of prophecies that had been written about him. Jesus and his disciples preached about the coming of the Kingdom of God, encouraging people to turn from their sins and accept the salvation that God was offering them through his son, Jesus Christ.
“Now Jesus did many other signs in the presence of the disciples, which are not written in this book but these are written so that you may believe that Jesus is the Christ, the Son of God, and that by believing you may have life in his name.”
​- John 20:30-31
The Sacrifice for Our Sins
At the age of 33, Jesus was literally nailed to a wooden cross and died a brutal, public death by Roman crucifixion. His death was again the fulfillment of prophecy…the required payment for the sins of mankind. In yet another fulfillment of prophecy, Jesus rose from the dead three days after his crucifixion and burial, and now sits forever at the right hand of God the Father in Heaven.​
“But he was wounded for our transgressions; he was crushed for our iniquities; upon him was the chastisement that brought us peace,
​and with his stripes we are healed.”
​- Isaiah 53:5
The Way to Forgiveness and Eternal Life
Through his death and resurrection, Jesus offers us forgiveness of our sins and the gift of eternal life. He came to earth to become one of us…to speak our language…to help us understand and accept what we needed to know to obtain eternal life. We only need to believe the truth of this,
and accept his gift by accepting him as our Savior.
“But now in Christ Jesus you who once were far off have been brought near by the blood of Christ.”
​- Ephesians 2:13
Please Share This Page 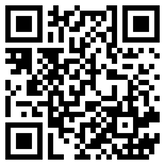